You are here: Home / News / Our Outdoors: A Win When We Needed It 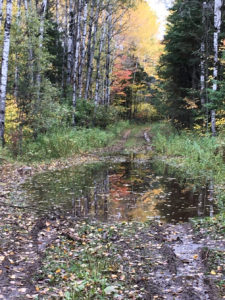 The passage of the Great American Outdoors Act, a bill which would provide permanent funding to the Land and Water Conservation Fund (LWCF) through royalties generated by offshore drilling in federal waters around the United States, represents a bright, optimistic light in a time of challenge and a future full of opportunities.  In a moment in history when nearly everything seems to be dividing American society – from continued racial injustice issues overflowing into the streets, to online flame-fests over whether or not to wear a face covering to the grocery store – the bi-partisan approval of the bill which now sits on the President’s desk for signature encompasses what the outdoors can do for not only individuals, but also our country and provides a point of unification when it is most needed.
Throughout the past few months, I, along with millions of others have sought sanctuary in the outdoors.  Whether launching my little boat from the concrete slabs on my favorite trout, bass and walleye lakes, to running up a trail on my favorite stretch of forested hills on the edge of town, the outdoors has continued to provide the mental reset and relief that it has in other times of personal challenge, or just when I’ve needed a moment to disconnect from the day-to-day.  It’s likely that these access points to the aquatic world and a few hours of fly fishing, jigging or slow trolling, or a forty-five minute jaunt to get the heart rate up and the rings closed on my watch, have at some point benefitted from dollars that come from the LWCF.
Created by an act of Congress in 1965, the LWCF utilizes those revenues raised through oil and gas production to fund state and federal outdoor access. However, in its 55 years of existence, the fund has only received the maximum appropriation of those dollars twice.  The Great American Outdoors Act, with 59 co-sponsors from both sides of an oft-divided legislative branch, guarantees full funding of the LWCF, where in most previous sessions, hundreds of millions of dollars were diverted to non-conservation projects through bureaucratic loopholes. Throughout the process of promoting and lobbying for the passage of this act, the fact that nearly every county across the U.S. has benefitted in some way from the LWCF since its inception has served as the rallying cry from the dozens of critter and conservation groups that teamed up to power the legislation through.
That unity, along with a 73-25 vote in the Senate and a 310-107 vote in the House of Representatives, shows that even in this time of crisis, division and ever-increasing politicization of everything in perhaps the most important election year in our country’s history, the common good can still come first.  With that approval, and the pending signature of the President, the LWCF will provide badly needed full funding for all wild places, from national parks and federal refuges to local boat ramps and hiking trails which have gone unfunded for decades and need upkeep which has been delayed.  The act will also fund more new acquisitions for public spaces, increasing the supply of outdoor opportunities for those looking for a space to breathe, relax and enjoy the natural world.  This in turn will help develop a greater appreciation for our lands and waters, and ultimately the conservation of those resources.  Ideally, with the addition of the added stressors many of us find ourselves under in this moment in time, this funding will provide a form of continued relief that can only come with time afield and appreciation of those options.
Journalist Doug Larson once noted that if people concentrated on the really important things in life, there’d be a shortage of fishing poles.  While I don’t expect a run on baitcasters and spinning rods like we’ve seen on toilet paper, bleach wipes and eggs in recent months, it’s likely with the passage of this historic act that in the coming seasons the opportunities to wet a line, work a field behind a dog, and simply take in a sunset from a hilltop stop along a winding path can and will be the focus of many more people as we follow the lead of those who worked to pass this bill and take stock of what’s important…in our outdoors.