You are here: Home / Our Outdoors 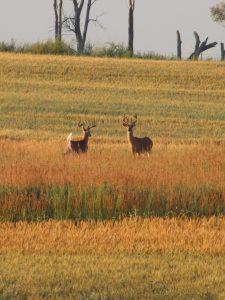 Our Outdoors: The Point of Return

By Nick Simonson This week marks an important point of return.  I don’t know if that’s a real term, but it’s far less ominous than “the point of no return,” which has had its share of dramas, dark songs and thriller type novels written about it.  The point of return, however, is that point in time where we’re now closer to the start of a hunting season than we are to the end of the previous one, and it should be celebrated. With New Year’s Eve typically the last day of bow hunting in most northern tier states, those final […] 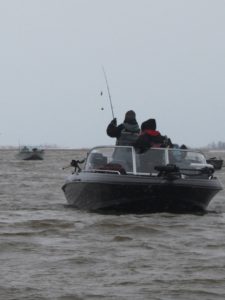 Our Outdoors: In the Wind

By Nick Simonson I’ve been on  both sides of the wind in many of my outdoor adventures but none more notable than last week, when the well-worn mooring rope on the cleat of my boat broke and my boys and I had the stunning experience of heading down from the parking lot to the launch dock to see the old Lund about 40 yards out in the bay, with a portion of the red tether dangling off the side and the other part still attached to the dock.  (Yet one more thing to throw in my hole in the water, […] 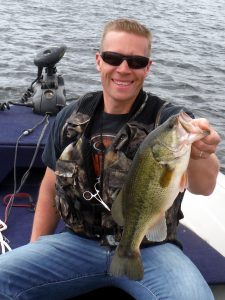 Our Outdoors: Holes in the Water

By Nick Simonson Wedged into the narrow corner under the removable jumpseat in the big boat which had just come out of storage this weekend, I struggled to aim my headlamp and balance the beam from my phone light at the connectors on top of the battery terminals, the snap of electric sulfur and scent of gear grease heavy in the transom compartment. Unable to figure out why the hydraulic pump for the trim on the motor would not work when just the day before it had, it took me several attempts, before out of the corner of my eye, […] 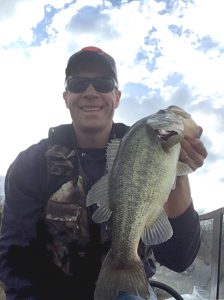 Our Outdoors: Right Behind

By Nick Simonson Seeing a fish come in behind a lure is one of the most exciting moments in angling.   When the water is clear and the shadow of a pike or muskie becomes a distinctive, magnified image of what I’d imagine Leviathan looked like in legend, few things in the outdoors get the heart racing as fast.  When the wake forms on a largemouth zeroing in on the plop-plop-plop of a surface popper, it’s hard to tune out the adrenaline rush. Even on a recent outing for crappies, angling over a shallow rocky area for pre-spawn fish that were […] 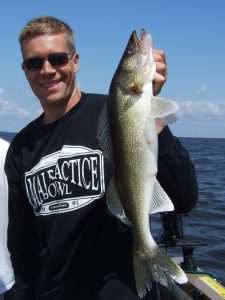 Our Outdoors: The Business of Hope

By Nick Simonson A colleague of mine, reacting to the recent and sudden halt to everything economic, expressed concern about business and the state of the world in general. The advertising dollars dried up almost instantaneously in the front half of the month. Doors were closed and shops were dark as if it was some sort of black holiday on main street.  People’s priorities had suddenly shifted from spend-spend-spend to survival. While I’m no economist and can’t predict which letter of the alphabet comes next in the economic curve (though I’m hoping for ‘V’) I explained that, while there would […] 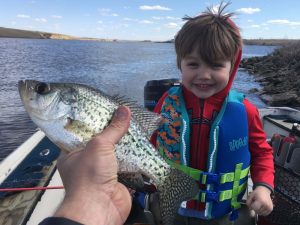 By Nick Simonson In the last two weeks I have become a fulltime teacher, cook, gym instructor and referee in addition to my normal professions, which admittedly were wide and varied to begin with.  Having been something of a jack-of-all-trades and an angler of all species thus far in life has helped prepare me for these duties brought on by our recent societal changes.  My favorite responsibilities in this time of transition, however, remain boat captain, hook baiter, fish remover and photographer to capture those memories made as a warm stretch has allowed for time on the water.  For those […] 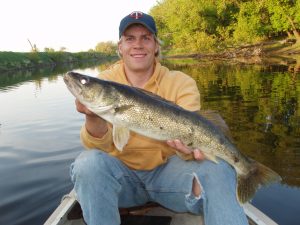 By Nick Simonson Water is freedom, no more so than in spring.  Casting off the icy bonds of winter, breaking them into pieces and then absorbing them is the completion of a flow’s self-fulfilling and seasonal prophecy.  So too for the angler, flowing water represents the possibilities to not only move with life’s direction, but to challenge it and go back in time in a sense and find those places the riffles speak of upstream where trout, or bass or walleyes hide beneath the calm surface.  It’s been said that we never stand in the same river twice, no matter […] 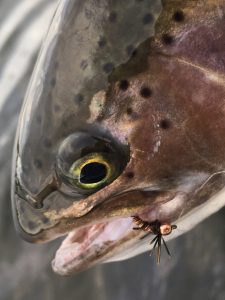 Our Outdoors: In the Distance

By Nick Simonson Except in those instances where the steelhead were running hard and fast up the tributaries of Lake Superior, or the walleyes were so thick one could nearly walk across them on Devils Lake’s famed Channel A in the spring, I’ve rarely fished in a scenario that would cause my line to tangle with another person’s.  Over the last few years, at least 90 percent of my hunting outings have been solo trips for grouse, pheasants or deer, with the experience of being alone with the animals – huntable and watchable – providing for more than enough excitement […] 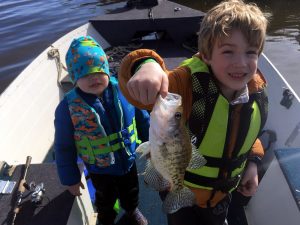 By Nick Simonson A few hours of staring at unpopped flags on a small pike lake didn’t pay off a couple weekends ago for me and my oldest son, but the glare from the snow on the ice did provide my first sunburn of the season.  Last weekend’s fast-melting conditions made a trip for trout with my boys on a small impoundment enjoyable as we were able to run about freely on the ice and splash in the growing surface water, but the fish were less than active despite the warm and stable weather.  So, with temperatures rising into the […]